The Newgy Robo-Pong 2040 table tennis robot is a brilliant robot that is simple to use and suitable for all levels of players. Here is our review. 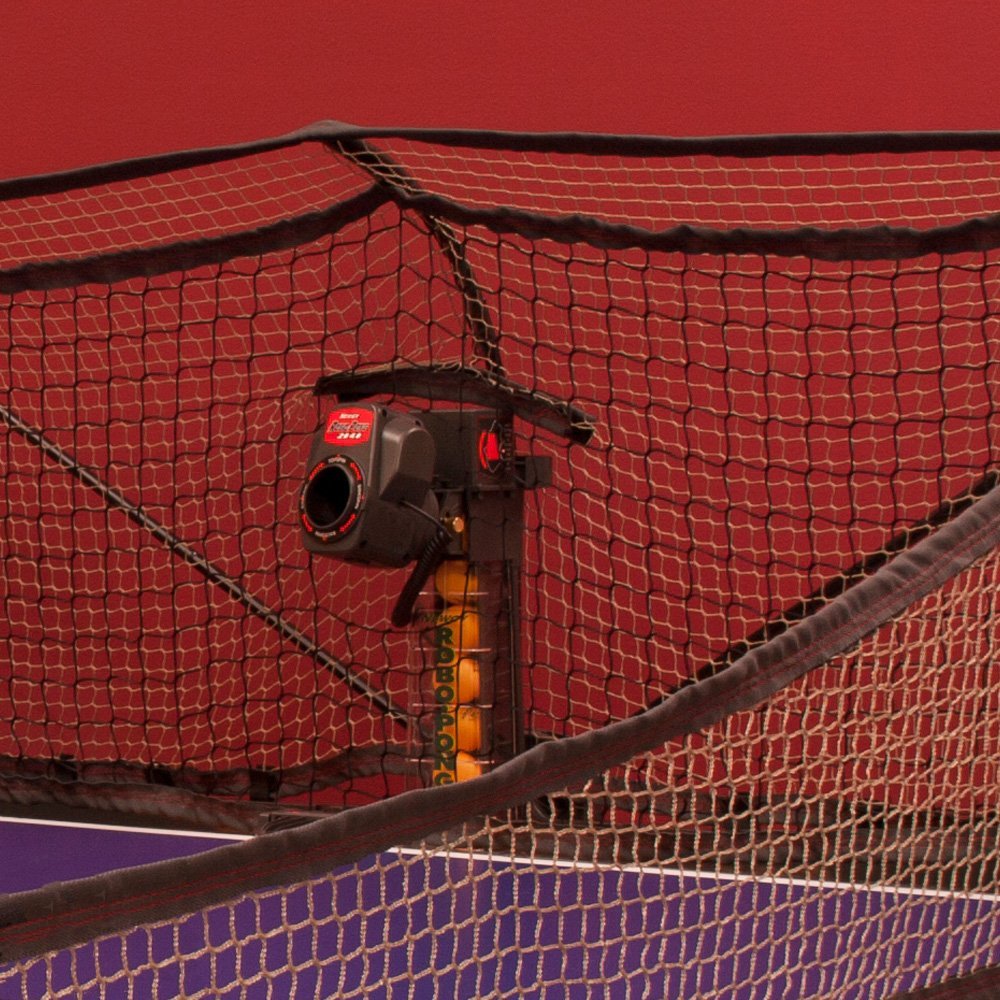 Newgy Industries is a US company that is well-known for producing high-quality table tennis robots. Newgy has their own factory in China and all their robots are exclusive to them – they aren’t sticking their logos on other Chinese robots. You can buy from Newgy via Amazon.

The Newgy Robo-Pong 2040 is a robot that is able to deliver every spin (except float/no spin) and can place the ball to one spot, or multiple spots on the table. The remote control gives the player control over the speed and frequency of ball delivery, and the oscillation of the robot head. It is identical in features to the Robo-Pong 1040 but has a different design and net to recycle the balls.

And here’s a promotional video produced by Newgy highlighting the features of this robot.

This is a basic table tennis robot that is aimed at players looking to use a robot for developing simple stroke technique and regular footwork. It is also good for teaching beginners at clubs and schools.

The Newgy Robo-Pong 2040 table tennis robot is one of the older-style Newgy robots. It is analog instead of digital – and therefore doesn’t have any modern features such as a built-in memory for drills.

This is the cheapest Newgy robot with a design and net to recycle balls. This is quite a useful feature as it means you don’t have to spend loads of time collecting the balls and refilling the robot. Provided your aim is good you should be able to play against the robot forever!

It has the same oscillator functionality as the Robo-Pong 1040. This means it can move the ball around to eight different locations on the table, instead of being fixed to one spot like some cheaper robots. Unfortunately, it isn’t able to place the ball randomly like the newer 1050 and 2050 models.

All Newgy robots come with the easy-to-use rotating spin head. This makes it simple to choose between one of eight different types of spin by simply twisting the mechanism on the front of the robot. I like this way of selecting the spin as it can be changed really easily.

Another great feature of the Newgy Robo-Pong 1040 is the ability to practice receiving serves from it. You can angle the robot down so that it shoots the ball into its own side of the table. This is a really cool feature and it’s easy to position the robot and set the spin so that it is identical to receiving serves from the training partner. You can also angle it up to practice smashing against high balls.

The only negative when it comes to this robot is the possibility of “jamming”. Jamming refers to when a ball gets stuck in the robot and therefore it stops feeding. When this happens you need to go over and fix the issue, perhaps remove the ball, and then start again. Some Newgy Robo-Pong 2040 owners have complained of this problem. It isn’t serious, but it can be annoying.

Finally, I’m pleased to say that the Newgy Robo-Pong 2040 table tennis robot works well with both the old celluloid 40mm balls and the new plastic 40+ ones. For a while, I know a lot of players were worried that the new balls wouldn’t work in their robots due to the small increase in size – but they do. You can read our ball reviews here.

You can buy the Newgy Robo-Pong 2040 from Amazon;

Have you used the Newgy Robo-Pong 2040 robot yourself? What did you think of it? Please share your experiences and leave a review below in the comments.