The DHS A3002 is the third cheapest table tennis racket produced by DHS and part of their premade series. DHS is the most well-known and established table tennis brand in China. They usually produce very high-quality equipment. Here is our full review of the racket. 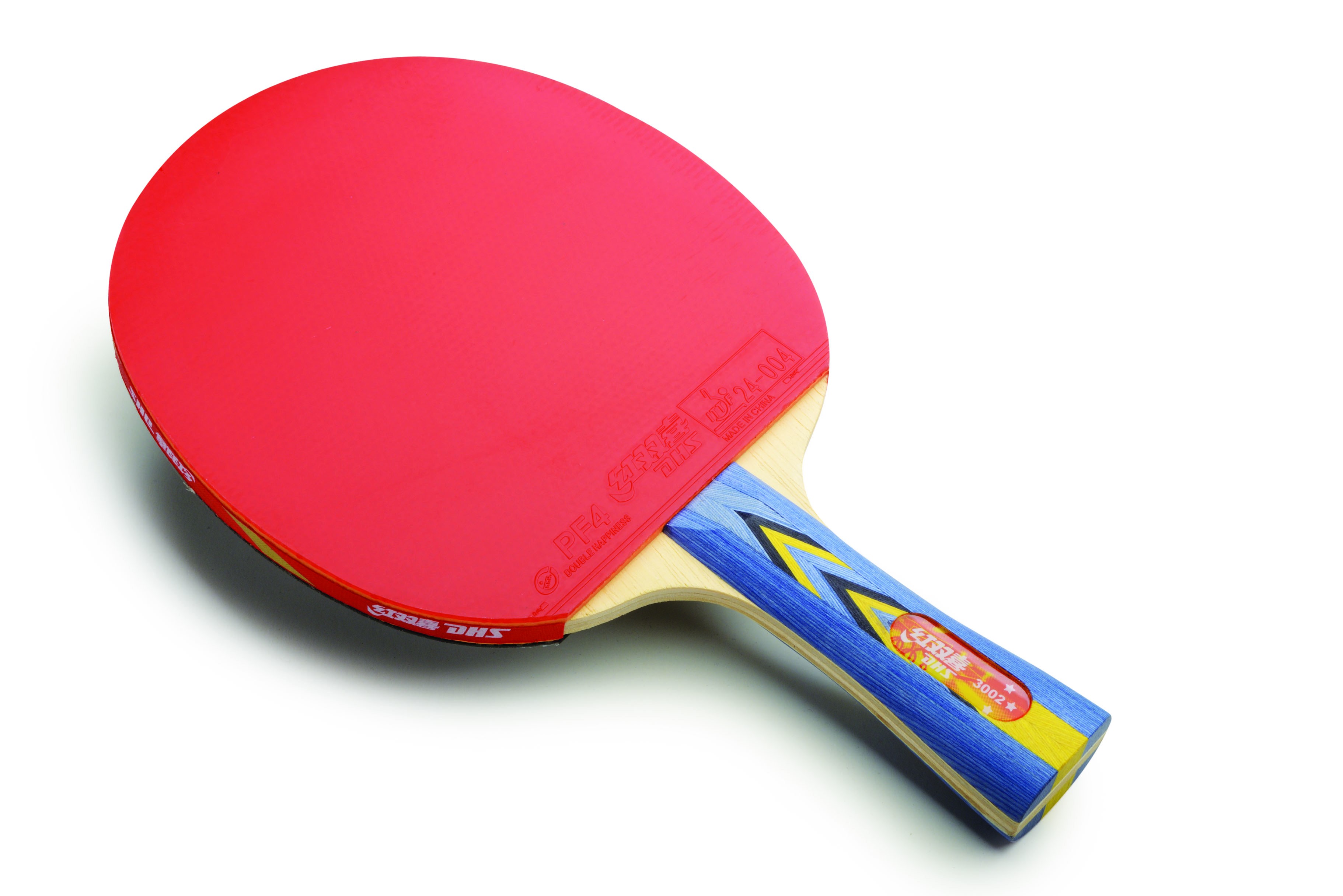 At €19.90, this is a fairly cheap table tennis racket. However, that doesn’t necessarily mean it is good value. Let’s look at the rubbers and blade used for the DHS A3002 racket to work out if it is any good.

The rubbers used on the racket are the ITTF approved DHS PF4. These are quite cheap rubbers that are only really used on DHS premade rackets. I guess they are fine if you are looking for something basic but don’t expect to get brilliant performance from them.

The DHS 3-Star blade used on this racket is better than the 1-star and 2-star DHS blades. It made of African Ayous wood which makes it a lot stronger.

The DHS A3002 is very good value but is still a little bit off some of the better premade table tennis rackets available.

DHS PF4 is a cheap Chinese rubber. The sponge used on these rubbers is quite hard though and you don’t get loads of feeling/feedback from them. However, it is noticeably better than the 6512 used on the A1002 racket.

As I said before, the 3-Star blade is a small improvement but nothing to write home about.

Some of the more expensive DHS rackets have much better rubbers and higher quality blades. You should probably look at those before buying the DHS A3002. The DHS A4002 is quite popular.

If you are thinking about buying a DHS A3002 table tennis racket I would personally recommend paying a little bit more and going for the Palio Expert 2 instead. The Palio CJ8000 rubbers used on this racket are a million times better than the DHS PF4-1 used on the A3002.

The wooden Palio Expert 2 blade is also much better quality and more similar to the professional blades you can buy individually. If you were to compare the DHS A3002 to the Palio Expert 2 side-by-side you would immediately be able to notice the difference between the two rackets. The Palio Expert 2 simply feels a lot better to play with.

You can buy the DHS A3002 table tennis racket from Tabletennis11.com – although, I probably wouldn’t recommend it.

Have you used the DHS A3002 racket yourself? What did you think of it? Please share your experiences and leave a review below in the comments.