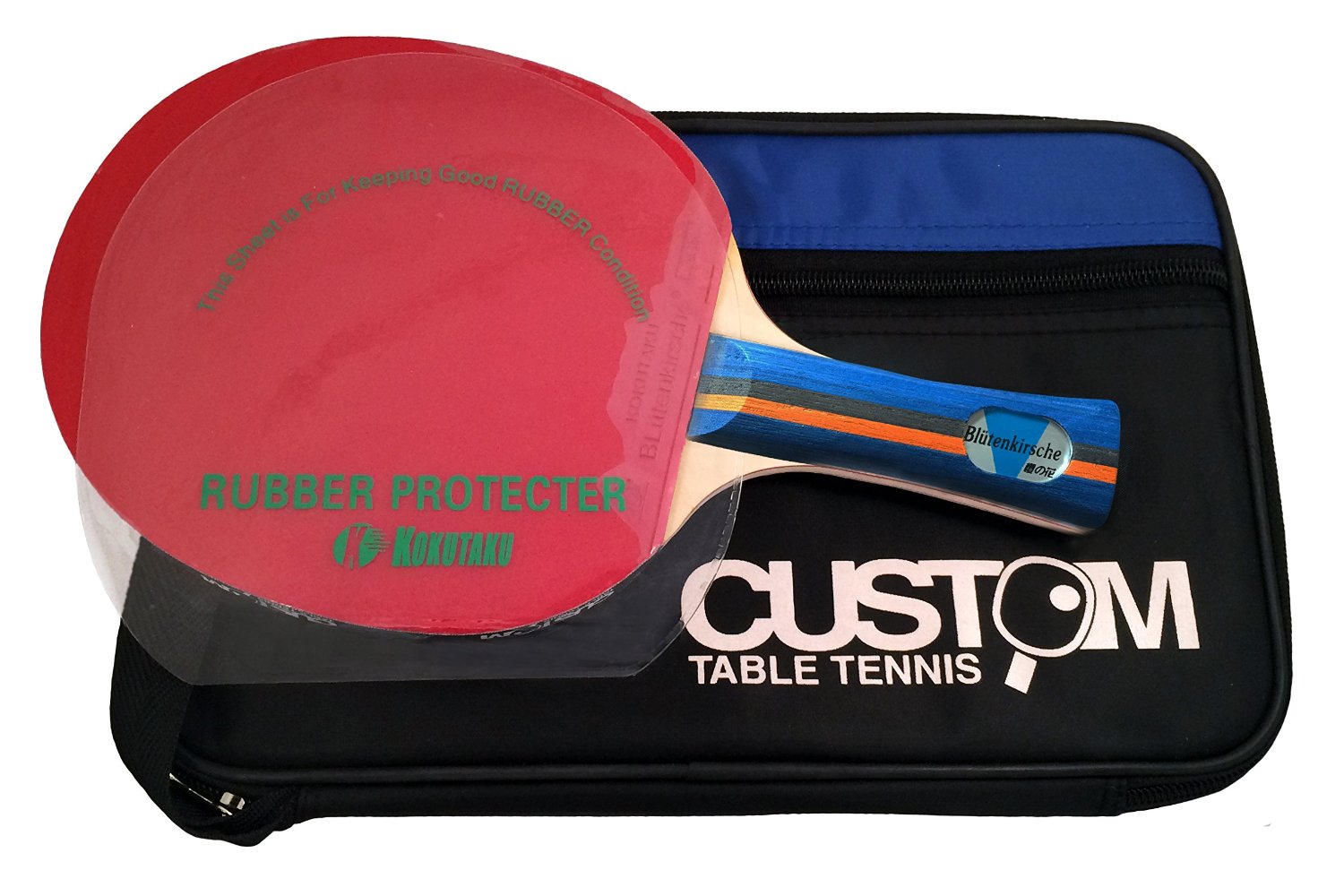 At £24.99, this is a very well-priced table tennis bat that should be within the price range of all new table tennis players. It is great that this racket also comes with a free bat case and rubber protectors – to keep the tacky rubbers in perfect condition.

The rubbers used on the bat are the ITTF approved Kokutaku Blutenkirsche 868 (these are exactly the same rubbers that are used on the cheaper Force and Elite bats). They are very tacky, especially when compared to cheap premade rackets, which gives the bat plenty of spin.

The Blutenkirsche “offensive” blade comes with a flared handle but is fairly slow, giving a good amount of control.

You could certainly do worse than the Blutenkirsche Pro.

Compared to some of the other cheap premade table tennis rackets, the Blutenkirsche Pro is a very good bat. The rubbers are tacky and give you the ability to “brush” the ball. That is the most important factor in premade rackets.

If you are thinking about buying a Blutenkirsche Pro table tennis bat I would personally recommend going for the Palio Expert 2 instead. Once you take into account postage costs, they are actually the same price. The Palio CJ8000 rubbers used on the Expert 2 are tacky but have a much softer sponge than the Kokutaku ones, which allows for greater control and feeling.

The wooden Palio Expert 2 blade is also much better quality and more similar to the professional blades you can buy individually. If you were to compare the Blutenkirsche Pro to the Palio Expert 2 side-by-side you would immediately be able to notice the difference between the two rackets. The Palio Expert 2 simply feels a lot better to play with.

You can buy the Blutenkirsche Pro table tennis bat from Amazon in the UK. It is not currently available in any other countries.

Have you used the Blutenkirsche Pro racket yourself? What did you think of it? Please share your experiences and leave a review below in the comments.