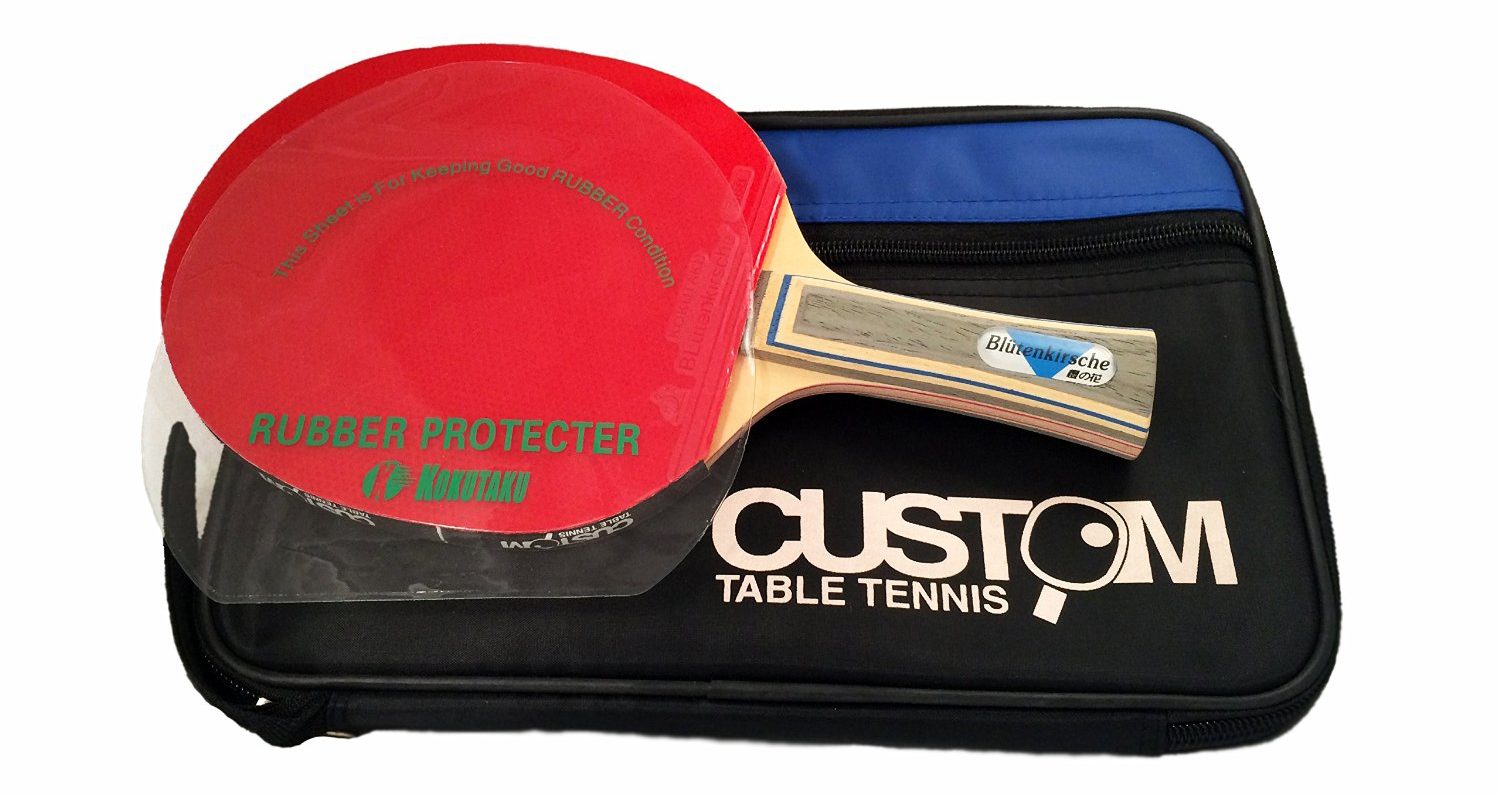 At £44.97 (or £50, once you include the postage), this is quite an expensive table tennis bat. It is great that this racket also comes with a free bat case and rubber protectors – to keep the tacky rubbers in perfect condition.

The rubbers used on the bat are the ITTF approved Kokutaku Blutenkirsche 868 (these are exactly the same rubbers that are used on the cheaper Force, Elite, and Pro Blutenkirsche bats). They are very tacky, especially when compared to cheap premade rackets, which gives the bat plenty of spin.

The Blutenkirsche 5-ply allround blade is of a fairly high quality for these types of rackets and comes with a flared handle. It is a good choice for players looking to improve their game or advanced players who demand the highest control (in other words, a slow racket).

You could certainly do worse than the Blutenkirsche Mamba Strike.

Compared to some of the other cheap premade table tennis rackets, the Blutenkirsche Mamba Strike is a very good bat. The rubbers are tacky and give you the ability to “brush” the ball. That is the most important factor in premade rackets.

I personally feel that if you are paying £50 for a table tennis bat you should get higher quality rubbers than you do on the Mamba Strike. Remember, even the Blutenkirsche Force racket (which only costs £14.99) comes with two sheets of Kokutaku Blutenkirsche 868. For me, that is the big let down of this racket. The blade is certainly a lot nicer, and the racket is put together by hand by the staff at Custom Table Tennis. It just needs some better rubbers.

If you are thinking about buying a Blutenkirsche Mamba Strike table tennis bat I would personally recommend going for the Palio Legend 2 instead. The Palio Legend 2 is actually £10 cheaper and I believe is the superior racket. The Palio Hadou rubbers used on the Legend 2 are of a much higher quality than the Kokutaku Blutenkirsche 868. Palio Hadou rubbers are closer to professional rubbers such as DHS Hurricane 3. 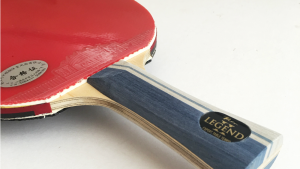 The wooden Palio Legend 2 blade is also much better quality and more similar to the professional blades you can buy individually. If you were to compare the Blutenkirsche Mamba Strike to the Palio Legend 2 side-by-side you would immediately be able to notice the difference between the two rackets. The Palio Legend 2 simply feels a lot better to play with.

You can buy the Blutenkirsche Mamba Strike table tennis bat from Amazon in the UK. It is not currently available in any other countries.

Have you used the Blutenkirsche Mamba Strike racket yourself? What did you think of it? Please share your experiences and leave a review below in the comments.